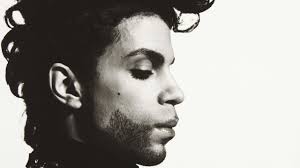 For me Prince dominated the 80’s, his recordings from 78 to 90 still get more play from me than any other artist ( Stevie and Bowie are not far behind mind, but that’s a post for another Monday ) I’d always been a fan of the track 1999, they used to play it all the time at the open air swimming pool at Southport, that and Super Freak ( which I also still love to this day ) Anyways, I digress the following year When Doves Cry was released, the first single from Purple Rain, the album that propelled Prince into global superstardom, I loved Doves and would play it over and over again, then out of curiosity one day I decided to play the B-Side, a track called 17 Days. As soon as the guitar solo at the beginning started my mind was blown. It made no sense to my 12 year old mind, how could the B-Side be as good, maybe even better than the A-Side?? The next single Lets Go Crazy then had Erotic City as B-Side, a pattern was beginning to emerge, every release had something extra to look forward to. The albums were brilliant, the singles were brilliant and the B-sides were just as brilliant ! Shockadelica, She’s Always In My Hair, Hello, Love or Money, Alexa De Paris etc etc

The tune I’ve chosen for your Monday morning is the B-side to Sign O’The Times “La, La, La, He, He Hee” The extended 12″ version. Just under 11 minutes of quirky 1987 Purple Funk enjoy

You can find a lot of the songs I’ve mentioned in two of my Prince mixes “12”s of Funk Volumes 1 and 2 – B-sides Remixes and Extended Versions “, here and here.