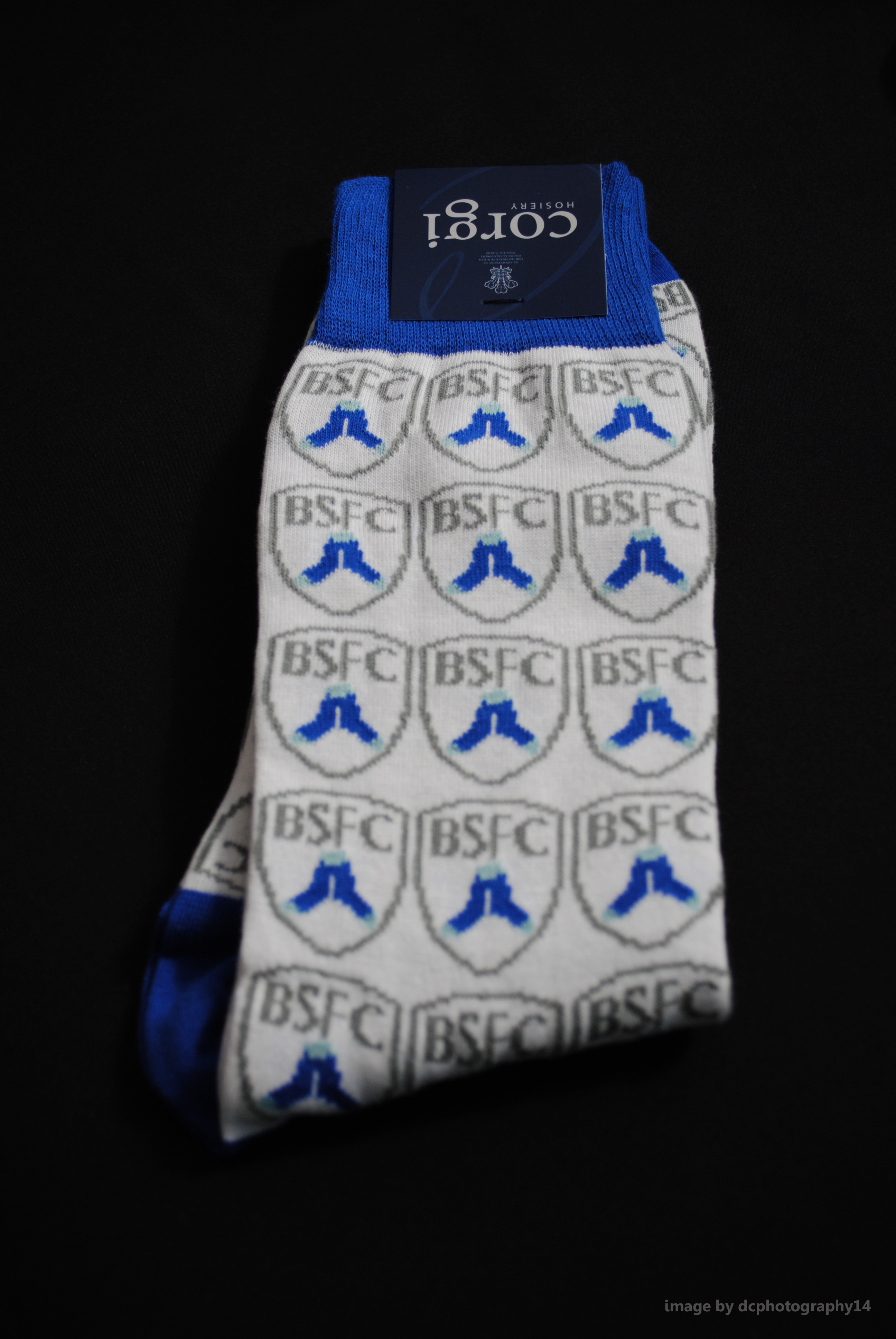 Our Shield socks made by Corgi Hosiery are released today, 26 September 2014, at 7pm!

The socks are our tribute to you our members. They’re distinctly BSFC, to say the least! Whether you want to keep them as a memento or wear them to death, it’s your choice.

The BSFC has changed over time. Starting as a joke between friends, membership cards were made, friendships formed and social events planned. We decided to do something positive with it when planning these events. There were and are causes and circumstances that are very close to our hearts that deeply affected new friends. As anyone who has spent time with people involved in this thing of ours (copyright CasualCo) will know it is about so much more than socks or your choice of sport. Cameraderie, friendship, loyalty are what makes this tick.

As the BSFC has grown we’ve made more socks, more merchandise to celebrate what we have and yes it’s become a business for me as it’s developed, it’s had to. What we have kept though is the same ethos, the same principles. We’ll produce