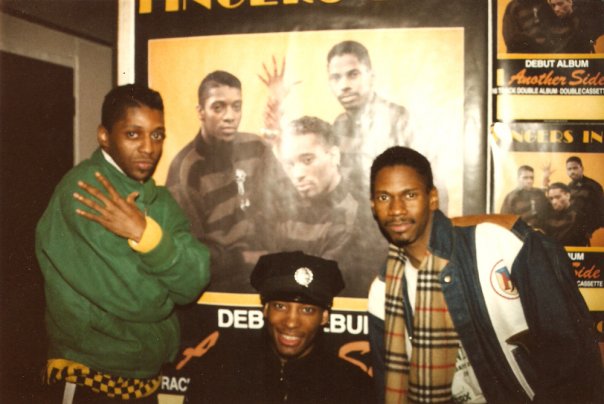 Tune For The Weekend

Happy Friday everyone, the weekend is almost upon us!

The tune I’ve chosen to get your weekend started right is Mystery of Love by Fingers Inc. Fingers Inc is a group formed in 1985 in Chicago and consisted of Larry Heard (Mr Fingers) on production and Robert Owens and Ron Wilson on vocals. They released one album in 1988, Another Side, and then sadly disbanded. Both Heard and Owens went on to release various classic House tunes in the 80’s and 90’s though, well worth checking if you aren’t familiar with their work.

The first time I heard this, I’d bought The House Sound of Chicago Volume I from Woolworths. It was 1987 and I was 15. Jack Your Body had gotten to number 1 earlier that year, and these new sounds had me gripped. Hip Hop was already established, now there was something new to dance to. It had already started to go overground, and with House music it felt different like something very new was happening, the rest of course is history. Still can’t believe I was getting in nightclubs at that age, probably explains why I did so well at school :D.

Mystery of Love is for me THE greatest House tune of all time, I never ever get sick of hearing it. A track just filled with memories, odd I only ever heard it played once on a night out, John Kelly played it at the (infamous) Quadrant Park all nighter, still remember it clear as bell, 1990, blew me away. Happy Daze.

You can listen to Ally Al’s ace mixes here!